Show me the money…because I prevailed on my FOIA action? It Depends.

The Illinois appellate courts have recently split on their interpretation of the Illinois legislature’s 2010 amendment to the Freedom of Information Act’s (FOIA) fee-shifting provision that allows “prevailing” requesters to seek payment of their attorney fees from public bodies.  In 2012, the Second District held that the change to the law makes it harder for a requester to get attorney fees, while a 2014 decision by the First District recently found that not only was the change intended to make it easier to get attorney fees, but that the Second District was just plain wrong about the meaning of “prevail.”  So, what does this split about FOIA mean for requesters and public bodies?  Well, it depends…

Remind me what FOIA is again? 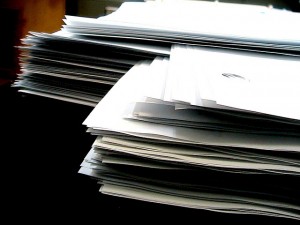 Most people think of FOIA as “like, that thing that makes people give you public records, right??”  Of course, if you asked them what they could do if the public body declines to offer up its treasure-trove of documents, you would get a lot of blank stares.

Under the Illinois FOIA, all public records are presumed to be open and accessibleunless they aren’t.  Like most things, there are numerous exceptions to FOIA.  If the public body declines to comply with a FOIA request and the requester thinks they’re wrong, a requester has two options to contest the response:  utilize the Public Access Counselor (through the Attorney General’s office) or file an action in circuit court.  For more information on making and responding to a FOIA request, as well as contesting a FOIA response, click here.

So, if I have to file a lawsuit against a public body to get a document, can I make them pay my attorneys’ fees?  It depends.

If the requester chooses to contest the denial in circuit court, Section 11 of the Illinois FOIA allows requesters to seek attorney fees incurred in circuit court. FOIA now mandates they be awarded if the requester “prevails” in court.  An earlier version of Section 11 made discretionary an award of attorney fees to the requester where they “substantially prevailed” under the “catalyst” theory – i.e., you, the requester, could recover attorneys’ fees despite the fact that a court had not yet rendered a judgment in your favor if the litigation caused the public body to change its position.  The federal FOIA, amended in 2007, explicitly adopted the catalyst theory.  By contrast, the Illinois FOIA, amended in 2010, specifically changed its language to leave out “substantially” before “prevails”, but made the award mandatory by the circuit court (changing “may award” to “shall award”).

In 2012, the Illinois Second District Appellate Court decided Rock River Times v. Rockford Pub. Sch. Dist. 205. In that case, the Rockford school district denied the release of a letter to the Rock River Times twice, under two different theories, but released the letter after the initiation of litigation in the circuit court, prior to the entry of any order.  The Second District agreed with the trial court, which found that while the school district willfully and intentionally violated FOIA in originally refusing to release the letter, the newspaper was not the prevailing party under the recent amendment to Section 11.  The Second District reasoned that by removing the word “substantially” from Section 11, the legislature intended to effect a change in the law.  Because the school district turned over the letter before a court ordered it to, the newspaper had not achieved ″judicially sanctioned relief,″ i.e., an order compelling release of the letter, it had not “prevailed” in the instant action and thus was not entitled to attorney fees.

The practical effect of the Second District’s decision is two-fold:  (1)  if the public body thought there was at least a reasonable chance they would be ordered to disclose the documents, they are much more likely to disclose them before a Court enters an order simply to avoid paying attorneys’ fees; but (2) conversely and for the same reason, it would likely be much harder in reality for a requester to shift attorney fees onto the public body.

In response to the Second District’s decision, the First District took up the same issue just this February and decided that the Second District was wrong. In Uptown People’s Law Center v. Department of Corrections, the Uptown People’s Law Center (UPLC) made a FOIA request for certain records relating prison conditions from the Illinois Department of Corrections (IDOC).  IDOC initially denied the UPLC’s request, and UPLC filed suit.  Two months later, IDOC tendered all of the requested documents.  The trial court subsequently denied UPLC’s fee petition under the reasoning of Rock River Times, and UPLC appealed to the First District.

The First District rather emphatically disagreed with the Second District’s analysis, stating flat out that Rock River Times was “wrongly decided”.  The First District agreed that the 2010 amendment to the Illinois FOIA that removed the word “substantially” from in front of “prevails” was intended to make a change, but that change (along with the change of the discretionary “may award” to “shall award”) was intended to increase (not decrease) the instances when a requester is awarded attorney fees after receiving a requested document.  It noted that if the legislature wanted to make court-ordered relief a prerequisite to an award of attorney fees under FOIA, it would have done so with clear language as it has in other instances.  The First District was not swayed by the Second District’s reasoning, and essentially re-adopted the catalyst theory, like the federal FOIA.1

No, seriously, are they gonna pay for my lawyer or not?

The answer right now is “it depends.”  Neither UPLC nor IDOC sought leave to appeal the First District’s decision to the Illinois Supreme Court, so for the time being, there remains a split between the First District and the Second District.  The trial courts in each district are supposed to follow their own district court, but a judge could conceivably decide that the other district is right and follow it instead.  Trial courts in the Third, Fourth and Fifth District are free to follow either.  Eventually, if one of the district courts doesn’t change its mind, the Illinois Supreme Court will take up the matter and resolve it definitively.  Until the legislature changes the law again, of course.

We will continue to track any developments with respect to the fee-shifting provisions of FOIA, and look forward to sharing updates as they occur.

1Interestingly, though the First District spends many pages criticizing the Second District’s decision in Rock River Times, UPLC was ultimately not successful in its petition for attorneys’ fees, because the First District found that it essentially was pro se, i.e., representing itself, and thus did not, in fact, incur any attorney fees.  So, you win some, and you lose some…
Image by Joel Penner licensed under CC BY 2.0