Can a Guardian Ad Litem Be Appointed to Facilitate a Minor’s Settlement? 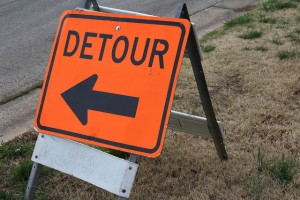 Your client has just made a final offer of settlement in a case involving a disabled child, but the minor’s legal representative remains recalcitrant towards the final settlement offer.  You think that the offer is fair and reasonable given the uncertainties of the case.  What can you do to overcome this obstacle if settlement is your goal?

One possible option is to request that a guardian ad litem (GAL) be appointed to review the settlement offer and make a recommendation on settlement to the court.

Pursuant to the Illinois Probate Act, every minor is considered a ward of the court when litigation is involved.  As a result, all proposed settlements involving minors must be approved by the court, as only the court overseeing the child’s case has the authority to approve or reject a proposed settlement agreement.

Though in usual practice, a plaintiff will make up his own mind whether to accept an offer of settlement or face the risks of a trial, when a minor’s estate is involved, a parent, legal representative or guardian may only present a proposal of settlement to the court.  It is actually up to the court to accept or reject the settlement offer based on the best interests of the child.  The goal of vesting this settlement authority in the court is to see that the rights of the child are protected.

Therefore, if you feel that your final settlement offer is fair and reasonable based on the risks of the case, and the minor’s representative is reluctant to settle, then the case may call for the appointment of a GAL.

Does the judge have the authority to appoint a GAL under these circumstances?

If a judge feels that settlement may be in the best interests of the child, but the minor’s representative refuses to accept a final offer, then the judge has the authority, and arguably a duty, to appoint a GAL to review and effectuate the settlement pursuant to the Illinois Probate Act.  It is the fact that the child’s representative may not be acting in the best interests of the child that drives the duty aspect of the appointment.

Is the appointment of a GAL valid if a “guardian of the estate” has already been appointed?

The court’s authority to appoint a GAL is not affected, even if a guardian of the estate has already been appointed. Section 11-13(d) of the Illinois Probate Act provides express guidance to the courts on this issue, and states that the prior appointment of a representative of an estate does not impair the court’s power to appoint a representative to defend the interests of the ward in that court.

Therefore, if the court believes that settlement may be in the best interests of the child, and the previously appointed representative is refusing to settle, the court may appoint a GAL, as the previously appointed guardian of the estate is in effect refusing to performs its essential function, which is to act in the best interests of the estate.

What is the purpose or benefit of appointing a GAL?

The purpose of appointing a GAL under these circumstances would be to have an independent person review the merits of settlement in light of the parties’ respective positions and to identify any problems with the proofs in the case.  The GAL would also assess the likelihood of success and provide an estimated damages award under the adversarial process.  Based on his review of these factors, the GAL would provide a report of his findings and recommendation on settlement for the court’s consideration.  The GAL under these circumstances is an independent voice in the adversarial process whose sole interests are for the protection of the child.    His report and recommendations would presumably be based on the evidence in the record.  Thus, the GAL’s evaluation can provide guidance to the court when it makes its ultimate decision on settlement.

What are the limits on the court’s power and authority?

The court’s authority to order the settlement of a case extends only to those cases where the evidence shows that the settlement is in the best interests of the child.  That determination must be made as part of an adversarial process and within the rules of procedure and evidence.  The appointment and consideration of the GAL’s findings and recommendations are in accordance with these mandates, especially where the court recognizes the potential for factors other than a child’s best interests to weigh-in on a representative’s settlement decision.  When the court has made a determination that settlement rather than the uncertainties of trial are in the best interests of the child, and when that decision is supported by evidence in the record, which may include the GAL’s report, the decision will be affirmed.

Though the request for the appointment of a guardian ad litem under these circumstances may seem heavy-handed when trying to negotiate a settlement agreement, inquiry into whether the court would be willing to use this approach to break the stalemate should be considered if settlement is your ultimate goal.