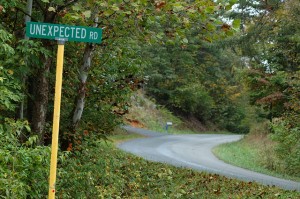 Sooner or later, most attorneys will encounter a situation when someone other than a party to a case asks to attend a deposition being taken in that case, or even shows up at a deposition unannounced.  Perhaps it’s a family member or friend of the deponent, there for support.  Maybe it’s a consulting (or even a disclosed) expert, there to assist an attorney with his examination.  Or it could be a claims adjuster who wants to personally observe the deponent’s performance (or yours) first-hand.

Whether such person is permitted to attend the deposition may depend, in part, on which legal system a particular case is filed in: Illinois circuit court, or Federal district court.  This article will focus on state court proceedings.

There is no Supreme Court Rule, no statute, and no case law in Illinois which specifically prohibits a non-party observer’s attendance at a deposition. Illinois Supreme Court Rules 202, 203 and 204 specify, respectively, the purposes for which depositions may be taken, the locations where depositions may be taken, and the methods of compelling the appearance of deponents, but neither the Supreme Court Rules, nor the Illinois Code of Civil Procedure, contain any provisions limiting the attendance of specific persons at depositions.1It goes without saying that a problem only arises when the attorneys involved do not agree among themselves on the attendance of a non-party observer, but how do you resolve such a conflict when it comes up?  In that event, it is incumbent on the attorney opposing the observer’s attendance to seek a protective order from the presiding judge.  Absent such a request, there is effectively no basis on which to preclude a non-party observer from being present at a deposition.  Illinois Supreme Court Rule 201(c)(1) provides an avenue for seeking a protective order from the Court applicable to the discovery process.   201(c)(1) states that a “court may at any time on its own initiative, or on motion of any party or witness, make a protective order as justice requires, denying, limiting, conditioning, or regulating discovery to prevent unreasonable annoyance, expense, embarrassment, disadvantage, or oppression.”  Although SCR 201(c)(1) provides authority for a Court to restrict non-party attendance at depositions, it only provides for entry of protective orders under limited circumstances, and Illinois courts have tended to grant protective orders under its authority only when a party is found to have engaged in abuse of the discovery process.

Whether you seek to include or exclude non-party attendance at a deposition, care should be taken to determine and document the claimed effect (or lack thereof) that the non-party’s presence would have upon the particular deponent’s testimony (e.g., annoyance or intimidation) or upon a party to the case (e.g., increased expense or business disadvantage).  Affidavits in support or opposition may be useful in demonstrating your position to the Court, as may a record made at a deposition (in the event that a non-party observer appears at a deposition without prior notice).  Don’t simply object on the record, document how the presence of the observer affects the deponent and her testimony, or party to the litigation (annoying, harassing, embarrassing, disadvantaging, etc.)

If confronted with the surprise appearance of a non-party observer at a deposition, neither an objecting attorney, nor the deponent, for that matter, is required to proceed with the deposition.  Illinois SCR 206(e) authorizes the Court, upon motion, to suspend a deposition, or to limit the scope and manner of taking the deposition upon a showing that the examination is being conducted in bad faith or in a manner that unreasonably annoys, embarrasses, or oppresses the deponent or a party, and requires the suspension of a deposition, upon the demand of an objecting deponent or party, for the time necessary to present such motion to the Court.

Given the time and expense often involved in scheduling and conducting a deposition, especially in multi-party litigation and/or foreign witness depositions, an attorney planning on the attendance of a non-party observer at a deposition would be well-served to advise the attorneys for the parties (and perhaps even the deponent, or his attorney if represented) of this intention in advance.  By so doing, an agreement may be reached for the attendance of the observer, thereby avoiding further litigation on the subject.  If not, at least the expense (not only yours, but possibly other parties’ as well), inconvenience, and (perhaps) embarrassment associated with an aborted deposition may be avoided by a pre-deposition determination of the issue by the Court.

1Some individual circuits have adopted local rules which may limit attendance at discovery depositions to certain persons or categories of persons, and one would be advised to consult the local rules of the applicable venue)
Image by Mike Goren licensed under CC BY 2.0