The Illinois Supreme Court recently confirmed that a party owes no affirmative duty to preserve potential evidence in advance of litigation.  In Martin v. Keeley & Sons, Inc., the Plaintiffs, employees of Defendant Keeley, were working to construct a bridge over Maxwell Creek in Randolph County, Illinois.  While they were working, the concrete I-Beam they were standing on rolled, split in two parts, and then crashed into the creek below, injuring several workers.  The Illinois Department of Transportation and the Occupational Safety and Health Administration conducted an investigation of the accident site, including a non-destructive examination of the I-Beam.  The following day, after engineers from Keeley conducted a visual examination of the I-Beam, the beam was removed under the direction of Keeley and salvaged. 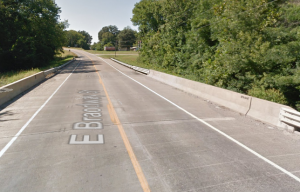 Plaintiffs brought suit against the manufacturer of the I-Beam, the designer of the I-Beam and Keeley.  Plaintiffs’ also sued Keeley for destruction (spoliation) of evidence with respect to the destroyed I-Beam.  The manufacturer and designer ultimately filed counterclaims for spoliation against Keeley.  Keeley filed a motion for summary judgment and the circuit court found that Keeley had no duty to preserve the I-Beam, a decision which was ultimately upheld by the Illinois Supreme Court.

In its decision, the Illinois Supreme Court found that Keeley had no duty to preserve the I-Beam, even though it knew it would likely be a party to future litigation with regard to the I-Beam.  Generally, in Illinois there is no duty to preserve evidence.  However, the Supreme Court previously established an exception to the general no-duty rule if a two prong test is satisfied.  Under the first part of the test, a plaintiff must show that an agreement, contract, statute, special circumstance, or voluntary undertaking has given rise to a defendant’s duty to preserve.  A voluntary undertaking requires a showing of affirmative conduct by the defendant evidencing its intent to voluntarily assume a duty to preserve evidence.  Mere control of the piece of evidence is not sufficient to satisfy the first prong the exception.  The second prong of the exception to the no-duty rule is that a defendant should have foreseen that the evidence was material to a potential civil litigation.

Here, the Supreme Court ruled that Keeley did not voluntarily assume a duty to preserve the I-Beam because it never performed any testing nor did it move the I-Beam from where it landed after it fell.  Additionally, Keeley never manifested an intention to preserve the I-Beam as evidence in any potential litigation.  The Court further found that a “special circumstance” was not created, simply because Keeley had control over the I-Beam.

This decision is instructive for potential litigants as either plaintiffs or defendants.  Namely, that it is important to engage legal counsel as early as possible after a loss in order to identify what steps should be undertaken in order to preserve any potential evidence for defense or subrogation of a matter.  Keeley had two employed engineers visually inspect the beam and determine that it failed in the middle after it rolled over and that the weight of the employees on the beam caused it to fail.  During his deposition, Eugene Keeley, president of Keeley, acknowledged that he could have easily preserved the beam.   Additionally, a representative of the manufacturer of the I-beam testified at his deposition that his company did have an opportunity to inspect the beam, but decided against it.  Had legal counsel been engaged by either party, it probably would have been determined that the I-beam should have been preserved for future analysis.

Regardless of the outcome, what is evident is that this costly appeal could have been avoided by engaging legal counsel early on during the process in order for all parties to determine the right and responsible steps to take with respect to the preservation of evidence.