What do you do when your client receives a subpoena to testify or to provide records at arbitration hearing? Is the subpoena binding on a person that did not consent to the arbitration and my not have any interest in it?   The short answer is yes.

Arbitration is an increasingly preferred forum for dispute resolution since it offers a cheaper alternative to dispute resolution than litigation. In the last several years, courts from the US Supreme Court down to the state courts have upheld the validity of mandatory arbitration clauses in contracts, which has further popularized arbitration.  As arbitration becomes more common, it is likely that we will see an increase in discovery requests submitted to third-parties, or parties not actually involved in the arbitration, before the arbitration hearing.

Pre-hearing discovery is usually limited in arbitration, but some discovery tools native to litigation are still available in the arbitration context. Chief among these tools is the subpoena for documents or testimony from a third-party, or one not a party to the contract. 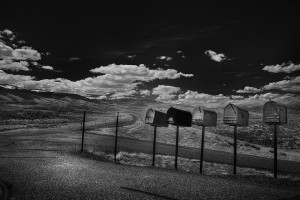 So what do you do when you receive an arbitral subpoena? The best thing to do is speak with an attorney early to help you assess the situation. One key reason to do this is to determine which law applies to the arbitral proceeding. The Federal Arbitration Act (FAA) governs arbitration provisions when a contract involves interstate commerce. The general rule for arbitrations held in Illinois is that the Illinois Uniform Arbitration Act (UAA) applies, absent an agreement to the contrary. This matters to third-parties because there are several key differences between how federal law and the Illinois UAA address third-party discovery.

The UAA allows broader pre-hearing third-party discovery than federal law. The federal circuit courts are split as to whether the FAA authorizes an arbitrator to compel third-parties to respond to discovery requests. Illinois law is clearer: arbitrators may issue subpoenas for the attendance of a witness and the production of documents. The statute allows for the issuance of subpoenas to a “witness,” which indicates a broader scope than if the statute limited discovery to “parties,” for example. Further, all applicable provisions of law compelling a person to testify under subpoena are applicable. Even witness fees are the same as in the Circuit Court.

Despite this strong expression of liberal fact-finding in arbitration, Illinois case law shows that arbitral subpoenas are not self-executing orders in their own right. This means that a party seeking to enforce a subpoena submitted to a third-party must bring the matter before the circuit court.

Unfortunately, there is relatively little guidance in the case law to show how a party who has received an arbitration subpoena should respond. The issue arose in Board of Education of the City of Chicago v. Illinois Educational Labor Relations Board, when a union janitor was terminated for allegedly getting in an altercation with two minor students at a school. The union filed a grievance, which proceeded to arbitration. The union sought the disciplinary records of the students involved since it believed one student had a history of violence and the other student had a history of lying. The arbitrator issued a subpoena for the records. The school board, however, did not produce the documents, arguing that they were protected by law under the Illinois School Student Records Act. The school board indicated that it would comply with a court’s order to produce the records.

Depending on the situation, the school board’s strategy could be useful. If you feel that producing your representative to testify or that submitting records is not in your best interest, then waiting to see if the issuing party will initiate a court proceeding to enforce the subpoena could be a viable option. That does not mean you should ignore the subpoena or do nothing until you are notified that an enforcement action has started.

The UAA states that “all provisions of law compelling a person to testify are applicable” when an arbitration subpoena is issued. It does not distinguish between requests to party or non-party witnesses. In litigation, sanctions on non-party witnesses are available outside of the arbitration setting through Illinois Supreme Court Rule 219.

You should not forget Rule 219 since the UAA says “all provisions of law” compelling witnesses still apply. Illinois courts have imposed litigation sanctions under Rule 219 on non-parties to court-appointed arbitrations. It is not farfetched to envision courts upholding sanctions outside court-appointed programs, particularly as parties increasingly use alternative dispute resolution privately. Any individual served with an arbitration subpoena is well advised to consult with an attorney familiar with discovery procedures in arbitration and in litigation before producing records or appearing to testify.