In a Retaliatory Discharge Case, It Really is All About the Motive

The Illinois Supreme Court recently reaffirmed that it really is all about the motive in a retaliatory discharge case. On December 4, 2014, the court in Michael v. Precision Alliance Group, LLC held that the three-part burden of proof analysis established in federal courts is still the law of the land. Once a former employee establishes that he was discharged, he must establish that the discharge was “in retaliation” for the employee’s engaging in a protected activity (in Michael it was “whistleblowing”—the “causation” element). 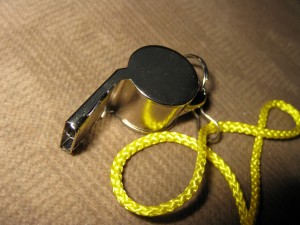 The circuit court judge found that there was a “causal nexus” between the firing and the whistleblowing, but the supreme court ruled that a “causal nexus” was not the equivalent of actual causation. Once the employer came up with a non-pretextual explanation for the firing, and the finder of fact believed the explanation, the plaintiff failed to establish causation. “[T]he ultimate issue is the employer’s motive in discharging the employee.” The circuit court judge, despite finding that the firings came shortly after the company was reported for selling underweight bags of seed, found (and more important, believed) that the reasons the company gave for the employees’ firings were legitimate.

The court in upholding the employer’s decision, also re-affirmed that Illinois is still an at-will employment state. And it noted that retaliatory discharge claims have been allowed in only two settings: discharge for filing (or in anticipation of filing) a workers compensation claim or in retaliation for reporting of illegal conduct (“whistleblowing”).

Terminations are always difficult and more often they are being challenged, whether based on alleged discrimination or allegations of retaliatory conduct. It is more important than ever for employers to make sure their reasons for letting employees go are well-documented.

Image by Kate Ter Haar licensed under CC BY 2.0