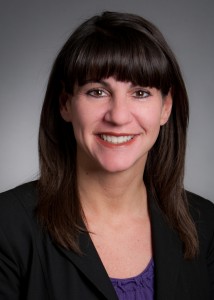 Melissa J. Gordon has been an attorney with Langhenry, Gillen, Lundquist & Johnson, LLC since its inception. Ms. Gordon became a partner in 2008. Throughout her career, she has been involved in all aspects of civil litigation. Her current practice involves representing physicians and physician groups in medical malpractice claims throughout Illinois. In addition, she frequently defends psychiatric malpractice claims and Nursing Home Care Act/long-term healthcare facility malpractice claims. Ms. Gordon has successfully defended health care professionals, medical groups, and health facilities in numerous complex and catastrophic-injury cases. She has also represented physicians in matters before the Illinois Department of Financial and Professional Regulation. Further, she has successfully defended lawsuits involving construction negligence, automobile accidents, trip and fall accidents and Consumer Fraud Act violations.

Ms. Gordon received her Bachelor of Science Degree in Special Education from the University of Texas in 1991, and her Juris Doctor degree from Illinois Institute of Technology, Chicago-Kent College of Law in 1994, where she graduated with honors. Ms. Gordon was admitted to the Illinois Bar and the United States District Court for the Northern District of Illinois Bar in 1994.

• Radiologist not guilty of failing to diagnose lung cancer in a 40-year-old male which resulted in his death and, who was survived by a wife and 4 children
• Neurologist and practice were found not guilty after patient suffered a stroke 12 days after being diagnosed with BPPV by the neurologist
• Jury found it was appropriate for a physician to place a patient with multiple medical problems in a non-telemetry bed, where patient subsequently died from a sudden arrhythmia
• Radiologist not guilty of failing to diagnose a lunate fracture
• Jury found in favor of Internist in an alleged failure to diagnose breast cancer
• Gastroenterologist not guilty when patient suffers perforation after colonoscopy
• Endocrinologist not liable for side effects of thyroid medication
• Verdict in Favor of Urologist after Minor undergoes nephrectomy
• Jury Verdict in Favor of Defendant Upheld