As anticipated, the Pregnancy Fairness Bill unanimously passed in the Illinois Senate and was signed into law by Governor Quinn on August 26, 2014. The changes to Sections 1-102, 1-103, 2-101, 2-102, and 6-101 of the Illinois Human Rights Act will become effective on January 1, 2015. Significantly, these changes make it illegal to refuse to provide pregnant employees with “reasonable accommodations,” such as light duty, physical work site modification, and additional or extended breaks, unless it would impose an “undue hardship” on the employer’s ordinary business operations. For a further discussion on how to prepare for the implementation of the provisions of the Pregnancy Fairness Bill, please see the original post below.

Additionally, in the wake of the passage of similar laws in several other states, the E.E.O.C. recently clarified that refusing to provide reasonable accommodations to pregnant employees is also illegal under federal law. The E.E.O.C. issued an Enforcement Guidance on Pregnancy Discrimination and Related Issues on July 14, 2014, which includes a discussion of best practices and specifically addresses how an employer should handle requests for reasonable accommodations. The full text of the Enforcement Guidance is available here.  For additional information about the current state of the federal laws under the Pregnancy Discrimination Act and Americans with Disabilities Act, please also see the E.E.O.C. factsheet. 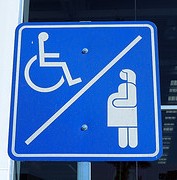 Your employee has just let you know that she is pregnant and is now rattling off her list of demands to allow her to keep working up until her maternity leave. Although previously you could have legally told your employee “tough luck,” the Illinois legislature is now saying “not so fast.”Under proposed amendments to the Illinois Human Rights Act, known as the “Pregnancy Fairness Bill,” your failure to accommodate your pregnant employee’s requests could soon leave you saddled with a discrimination lawsuit. But, just how far do pregnancy accommodations have to go, and what exactly will be prohibited? Although it could be some time before these questions are fully answered, here is an overview of what to expect:

1) Who is entitled to pregnancy accommodations?

Some of the industries where pregnancy accommodations are expected to have the greatest impact are those where employees engage in sustained physical activity, such as retail sales, food service and deliveries.