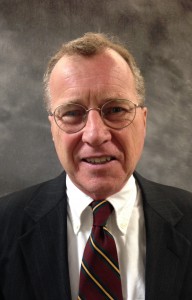 Edward Melia is a partner at Langhenry, Gillen, Lundquist & Johnson, LLC.  Over the past 34 years, Ed has focused his practice in the defense of physicians, hospitals and clinics throughout Illinois. Over his career, Ed has handled hundreds of medical malpractice defense cases, with extensive trial experience in both the State and Federal Courts with 58 cases tried to verdict.

Ed received his undergraduate degree at Northwestern University Medill School of Journalism.  He received his J.D. degree from Loyola University School of Law.  Ed has been an invited lecturer before the Chicago Bar Association; Illinois State Bar Association; Illinois Institute of Continuing Legal Education (IICLE); and DePaul University College of Law in the areas of trial practice; civil procedure; and medical malpractice.  He has made annual presentations to the residency programs at Rush University Medical Center in the areas of medical litigation.  Ed is a member of the Chicago Bar Association; Illinois State Bar Association (twice elected to the ISBA General Assembly as well as appointed to the subcommittee to review the constitutionality of the Illinois Judicial Reform Act); the American Bar Association; the Society Trial Lawyers (elected 1993); the American Board of Trial Advocates (elected 2000); the U.S. District Court Trial Bar, the U.S. Court of Appeals – Seventh Circuit; and the United States Supreme Court Bar.  He was named among the nation’s Top Rated Lawyers in Healthcare in 2012; 2013; 2014; and 2015 by the American Lawyer; National Journal of Law; Wall Street Journal; and Corporate Counsel (Peer Review Selections).  He is a former contributing editor to Matthew Bender Illinois Torts, and has also published in The Illinois Bar Journal and Lorman Legal Publications.