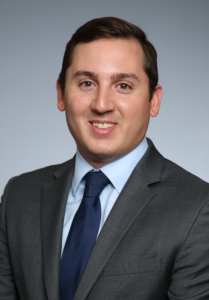 Kevin earned his Bachelor of Arts from Webster University and starred on the school’s baseball team for 4 years. He was one of the founding law club members at Webster University and served as Vice President. After graduating, Kevin attended The John Marshall Law School.  While in law school Kevin clerked for two prominent plaintiff’s personal injury firms and also clerked at the 12th Judicial Circuit Court which provided him with a strong understanding of the court system and the factors judges take into consideration as they make their rulings.