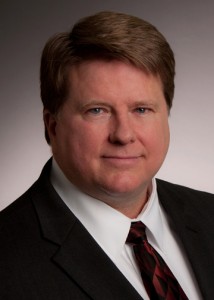 J. Daniel Porter has been practicing law in northern Illinois since 1985.

Raised in a small rural farming community in south-central Illinois, Mr. Porter attended Illinois State University, where he received a B.S. in Agri-Business in 1982, and Northern Illinois University – College of Law, where he received a J.D. in 1985. After law school he served as a Assistant State’s Attorney in Ogle, Winnebago and DeKalb counties before entering practice in the private sector, where he has represented both plaintiffs and defendants in civil litigation for more than thirty years. In addition to the practice of law, Mr. Porter also served in the claims division of Illinois’ largest physician insurer managing outside counsel in the litigation of physician professional liability claims.

Mr. Porter is admitted to practice in all Illinois state courts, as well as the Federal courts in the Northern District of Illinois, where he is a member of the Trial Bar, and the Central District of Illinois. He is a certified mediator, and regularly serves as an arbitrator in both court-annexed and insurance-based arbitration cases.

Mr. Porter and his wife reside in Rockford, where he concentrates his practice in the defense of personal injury and physician professional liability cases.